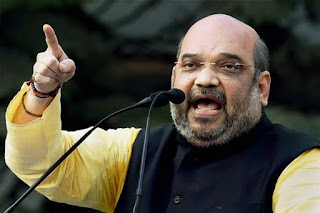 What this man did last week was despicable? What was the need to proclaim the caste of Mahatma Gandhi to the public of a caste ridden society through the media.Congress was started by an english man named A.O. Hume but all kinds of people came onboard and worked towards bringing freedom to Indians. Hindu reform movement was instrumental in getting freedom via the congress.Lala Lajpat Rai,Bipin Chandra Pal, Balagandadhara Tilak, Gandhiji & Subhash Chandra Bose all stood for cultural nationalism while Gandhiji's dream was Ramarajyam.

Dear.... chatur baniya... is common term in gujrat..We say to ladies...." nalla nair " for husband...
Achayaente budhhi... or many collocial words....Shame to see politics being used...
Gujjus are called as baniya mostly in Arab world too... they r best trading community in India... top businessmen are guhjjuus...

It was a blunder stroke.Vinu he must be careful while taking name of MG

Already ambedkarites spread hate towards Gandhiji.Gandhi bashing is a new trend.More people joining the bandwagon.Was caste the identity of Swami Vivekananda or any other social reformer? Gandhiji was never a casteist. He was known for his deeds.He was an activist against the caste system and untouchability.

On the occasion of Mahatma Gandhi's 70th birthday Einstein said

"Generations to come, it may well be, will scarce believe that such a man as this one ever in flesh and blood walked upon this Earth.”

What a visionary Einstein was.

Amit Shah is just jealous because his party has power but it is relatively new Made in 1980 while congress was founded in 1885.Almost a heritage of 100 years.


Ha Ha ....Amit Shah belongs to a community who does business well either thru hook and crook. Foe him Politics is business which he is doing well.
Indian Politics Opinion