Showing posts from November, 2011
Show all

Here is the mail i got from google today..... Dear Wavers, More than a year ago, we announced that Google Wave would no longer be developed as a separate product. At the time, we committed to maintaining the site at least through to the end of 2010. Today, we are sharing the specific dates for ending this maintenance period and shutting down Wave. As of January 31, 2012, all waves will be read-only, and the Wave service will be turned off on April 30, 2012. You will be able to continue exporting individual waves using the existing PDF export feature until the Google Wave service is turned off. We encourage you to export any important data before April 30, 2012. If you would like to continue using Wave, there are a number of open source projects, including Apache Wave. There is also an open source project called Walkaround that includes an experimental feature that lets you import all your Waves from Google. This feature will also work until the Wave service is turned off on
Post a Comment
Read more 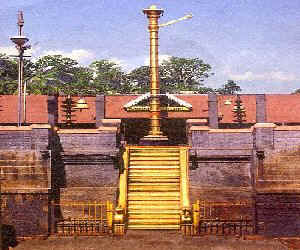 Kerala Police is going hitech.So far crowd controlling of kerala police at Sabarimala during the Mandalakalam (Vrishchika Pilgrimage) was unscientific and lacked technology. Kerala Police has come up with an innovative online system to manage the crowd. It is a Virtual Queue System. Sabarimala Virtual Queue System Features It is a free service open to pilgrims by the Kerala Police. Means you dont have to pay any dime. You can walk up to the Nadapandal and join the normal queue there. Save Lot of Time standing in queue and have a quick darshan. How to Use Sabarimala Virtual Queue Coupon OR Online Darshan System Visit the website http://www.sabarimala.keralapolice.gov.in/ and book yourself at the coupons available on date / availability basis. Give passport size photo copy scanned and scanned driving license/voters id/ Identity Card/ PAssport etc to the online system. Get the printout. Reach to lord ayyappa's abode at the time mentioned in your queue coupon and h
1 comment
Read more
More posts