Showing posts from June, 2012
Show all

BioDiesel - A Ray of Hope for India 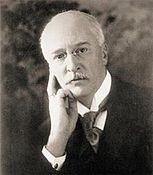 Mr. Rudolf Diesel designed the first diesel engine in Germany in 1893.He conceived it to be running on peanut oil (and not petroleum diesel as many would believe it to be) and designed it to be ran on mineral oil.His engine could take vegetable oil without any alterations being made on it.There is a visionary statement Mr. Diesel has said in 1912 in which he said that the rule of petroleum oil will perish and vegetable oils will come back to rule the world. The main disadvantages of using vegetable oil was that it was highly viscous.Fuel injectors could not spray it easily.Clogged fuel lines and vegetable oil gets solidified in to a mess at lower temperatures.The solution was to blend with petroleum based oil. The process of making biodiesel is called transesterification. Vegetable oil is mixed with an alchohol and heated at a certain temperature to produce fatty acid esters.Sodium Hydroxide (NaOH) or Lye, a house hold chemical used in toilet cleaning solutions is used by some enthu
Post a Comment
Read more
More posts