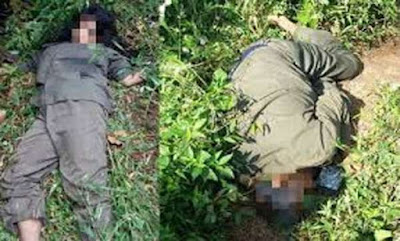 All political parties are pushing people to Maoism. The rulers support Land Grabber thieves who believe they have divine right to encroach forests and legalise using politicians on payroll. The Adivasis and the landless poor have nothing not even the forest. Combing for Maoists should be done and continued with vigour. But Kerala Chief Minister Pinu should just vacate the criminals holding looted lands in highranges and redistribute the land to the poor.It is time to take the whip like the Jesus and use it against those who claim to lead the society but are in fact exploiting the poor and destitute.

What the maoists do now is illegal and crime in post-independent India. The same acts were considered to be freedom fights in Pre-independent Indian soil. Not sure what's happening with the democracy. Is it an illusion? It looks more like a comfortable envelope of promises from the invisible togetherness of politicians and capitalists for their own prosperity rather than all citizens.