Max Mueller the Missionary Agent who changed the fate of India 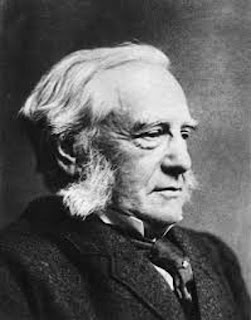 The indian inferiority complex or slave mentality is a result of generations of brainwashing and cultivation of slave mindset in the community.Indians generally have disdain on everything indian and are engaged in excessive western culture worship.

One man who is responsible for cultivating the attitude is Mr. Max Muller, a german born Orientalist who lived and studied in Britain.He never travelled to India. He did not knew Sanskrit. He wrote the translation of Vedas and other indian scriptures with the help of pundits from India. His notable work was Sacred Book of the East.

His translation of the vedas are a poor work of translation.He did the crooked fake translation for the British who wanted to insult hinduism and push the christian missionary work under the British invasion of India. The invaded imperialist British paid him well to write translations of vedas which were false and illogical.Even in todays academic circles, the so called liberal individuals who have invaded the academic space are giving weightage to the Missionary version.

It is based on his works, even today in schools of india, it is taught that Aryans were a race that came from Central Asia and invaded the country and drove the inhabitants Dravidians to the South.The West wanted to show the ancient Indian culture as one sprung up from the white skinned.

“…I feel convinced, though I shall not live to see it, that this edition of mine and the translation of the Veda will hereafter tell to a great extent on the fate of India, and on the growth of millions of souls in that country. It is the root of their religion, and to show them what that root is, I feel sure, the only way of uprooting all that has sprung from it during the last 3,000 years.”


2. From his letter to George Campbell, the British Secretary of State for India

India has been conquered once, but India must be conquered again, and that second conquest should be a conquest by education. Much has been done for education of late, but if the funds were tripled and quadrupled, that would hardly be enough (...) By encouraging a study of their own ancient literature, as part of their education, a national feeling of pride and self-respect will be reawakened among those who influence the large masses of the people. A new national literature may spring up, impregnated with Western ideas, yet retaining its native spirit and character (...) A new national literature will bring with it a new national life, and new moral vigour. As to religion, that will take care of itself. The missionaries have done far more than they themselves seem to be aware of, nay, much of the work which is theirs they would probably disclaim. The Christianity of our nineteenth century will hardly be the Christianity of India. But the ancient religion of India is doomed—and if Christianity does not step in, whose fault will it be?