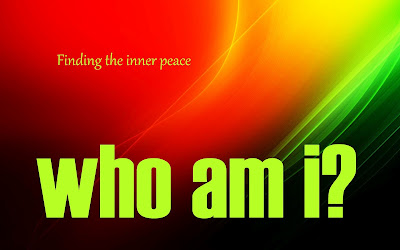 It isn't secret any more.I started revealing it to many people.This hobby was discovered by me for fighting boredom, negetivity, criticism, insults, depression etc.The main rules of this hobby can be listed out here.But it is very difficult to follow those rules.So you can always bend the rules and make it evolve to different possible ways.

1. Wandering is a hobby that is aimed at recharging the happiness gone due to daily trades and mundane activity.So do not attempt it if it is going to add up pressure and tension to you.

2. Wandering is best done by foot.I always did it when i was a child.Later i upgraded it to bicycle and then to motorcyle burning gas (money).Now i have also wandered using motor car. Ofcourse the happiness is less when wandered using car.

3. First rule of wandering is that you select a source and destination.Plan the travel, date and time.Learn about the place.

4. Second rule is use the nonconventional route (the route people wud not use).

5. Third rule is do not ask for directions.Find your directions.Do not use a map too.Rely on your instincts.They are right most of the times.

6. Once i got lost doing wandering when returned from my friends home.It was a remote village and all roads were confusing.Also it was 12 pm and so everyone was asleep to ask for directions. After many attempts i was succesful in waking up a person when i rang the door bell.The person was looking in suspicion as if i am a theif.I was on bike that time.So the fourth rule is Never do Wandering after sunset.You tend to get lost.

7. Rule 5: Carry water to dehydrate yourself.You might not see shops in some rural villages.

8. Rule 6: People will consider your hobby as display of your FOOLISHNESS or height of eccentricity.Do not argue with them by saying it is better than football where about twenty people run for a ball.Isn't it better to give each of them a ball so that dey will stop running.

9. Rule 7: It is better to have a friend if you are going to a dangerous place like a jungle or some unfriendly neighbourhood.You can share the calamities.

My personally memorable wandering was in 2004 when i walked 20 kilometers from my college to village while a person from my village was waiting at my home to check his neice's kerala matrimony account using my dialup internet connection.Those days people used to come to my home for checking something in the internet since nearest internet cafes were 15 kilometers away and only dialup connections were present.I never charged a single paisa for all those operations.This man and his niece were asked to wait 2 hours for my Wandering.They were urging me to get on a bus and come home but to no avail. 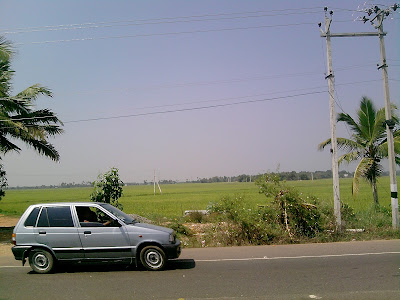 My Latest Wandering happened on 18th February 2012 Saturday.I parked my motor cycle in my office and got hold of a bus that dropped me up at Edappon where i checked out a weed clearing site.Then i went to Pandalam and from another bus from Pandalam to -------> Changanassery. 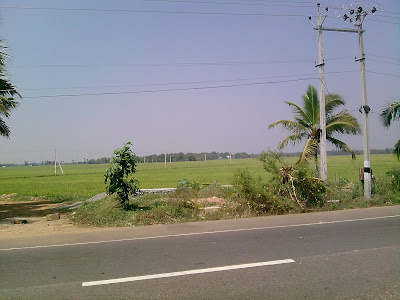 At Changanassery my target was 15 kilometers walking towards Alappuzha.Left side was canal and right side was paddy fields.The place is beautiful and people are staying in small houses on the sides of the canal and paddy fields. The canal was full of algae and flowers in it looked good though it is bad for ecological balance. 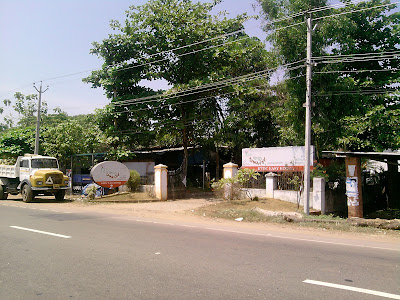 At the beginning itself i felt hungry. After walking half an hour from 12:30 i stopped at KTDC EAST HOTEL Tamarind to have some food. The food was good.Kerala vegetarian meals and a chicken curry vanished the vaccumness inside my stomach.The hotel was deserted. I switched on the tv and changed channel to manorama news.The news about Italian marines shooting indian fishermen in kollam seas were played out in the TV.

Then i started walking at 1:30 pm towards west on AC road.The road is great to drive.I am a big fan of the straight road.The bridges in between are the speed limiters in the road and adds special dimension to the road.

At 3'O clock my water was finished.I wanted a mirinda.Shops didnt had it.Atlast i found a shop that had fanta.But the shopkeeper wanted Rs 30 for the fanta on which mrp was written as Rs 25.So i canceled my purchase and walked again and later at 3:30 i stopped having failed the target from a place.Their i could get mirinda on MRP.I could just cover 9 kilometers in 2.5 hours.I was back at office at 5pm.
Life and Living it