Oil is definitely not the Future 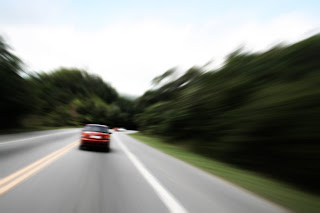 Those who love environment knows that cars used for personal mobility pollutes the atmosphere and empties the fossil fuels which should have been judiciously used. The mafia named OPEC is behind increasing fuel prices to make money from us.It is high time that we should convert to some clean energy (read green energy). I believe that oil mafia has a hand in killing any new genuine efforts in this regard. I have read about the machine developed in Japan that can convert plastic to crude petroleum. I also remember about the threats the inventor met from oil companies.Similiarly in india there was a phenomenon called Ramar Pillai who invented a machine to convert green leaves to petrol.

Instead of encouraging such efforts ,our governments are acting as agents of oil companies after pocketing money from them. Our scientists and oil companies discredited Mr. Ramar Pillai and depicted him as a fraudster. Ramar Pillai is believed to have sold petrol to autorickshaw drivers at discounted rates than the market price.

Another area where our rulers are neglecting is the biodiesel. Politician are raising the point about farmers leaving foodcrops and embracing jatropha and questioning such initiatives will decrease food production and food security.I have doubt about these politicians.They might have got money and favours from oil majors like Reliance Industries. Cultivating cash crops like Rubber, Cotton etc is ok but Jatropha is a crime. What the hell of an argument. At least they could cultivate jatropha on wastelands.

Biodiesel is a diesel made from vegetable oil by a chemical process named transesterification. Many oil companies like IOCL. BPCL etc have their own farms producing Jatropha. They mix biodiesel with normal diesel and sell it to you. Also ethanol can be used to drive vehicles. But because of people drinking it to lose their mind and sugarcane is costly, it is now uneconomical because it might costs more.

Mercedes and Volkswagen are now promoting a concept called blue efficiency or blue motion.I have no doubts that we will see lot of cars completely running on battery. Current situation is a stage before that. So we are seeing the hybrids. BMW is calling the similiar trends as Blue dynamics. It seems that the companies are embracing the colour blue instead of the overused green color for efficiency.

New Mercedes C Class and Volkswagen Passat are high efficient cars. Whenever you stop your car at the traffic signals , car is switched off eventhough ac and other systems functions. When you press the gas pedal , car comes back to life.In a blue car there are lot of changes in gear systems and engine. Even the lighting systems are LED to save energy. The braking energy is never wasted by stored in the battery. We cannot ignore the efforts of German in the blue revolution.

An indian initiative towards fuel efficient cars in Indica ev2 hatchback. An engine tweaked for fuel efficiency is behind it delivering 25 km per litre of diesel. Mahindra Scorpio Hybrid has been here for some time.I guess Mahindra had the concept of engine stopping at traffic signals before the germans. 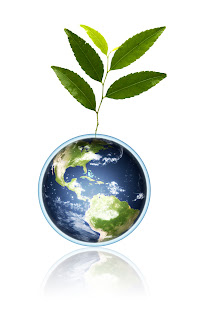 Our administrators should look around and analyse. Our resources are depleted by import of oil while illiterate arabs and oil companies around the world are pocketing fortunes. So step in an encourage green / blue efforts. We need cars that run on hydrogen/ water/ air/ fuel cell etc..We need freedom from PETROLEUM.