ANOTHER OCTOBER TO REMIND ME OF SAD DAYS

By Appu October 15, 2010
Yesterday morning I went to bed at 1.30 am and woke at 3.45 am. It is unusual for me to wake at early hours. My body clock woke me up because I needed to go to Thiruvallam Temple at Thiruvananthapuram. Yesterday was the 2nd death anniversary of my father. One year back,his soul was laid to rest at the feets of Lord Parasurama , an incarnation of Bhagavan Vishnu after immersing the ash of his remains. I needed to visit the temple and do the Shradha karma. Months back, I did a vavubali at the pournami in karkadaka masam at a nearby temple.

My sister couldn’t join my mother and me to the temple visit since her child got vaccinated against Heppatitis B and they were wary of temperature rise. We started on car to the temple since we needed to reach the temple before 9:30 am. As soon as I reached the temple, I went  to the payment counter. I was asked to pay Rs 42 for kshetra pinda karmam, Thilahomam in the name of the deceased and an ashtothara archana in the name of me.

Then I did the Shradha by calling upon the soul of my father by sankalpa and begging him to take the food (a ball of rice containing sesame, ghee and a piece of banana) and clothes (a thread from the cloth I wear)  I offer and asking forgiveness for any irregularities in me doing the shradham.  All other souls up  in the genetic trees  of my father and mother were also called upon and fed yesterday.

After that I have to put the rice in nine stones in front of the Parasurama temple. The spirits of our forefathers accept the rice in the form of crows. Later I got to immerse the remaining rice in a water body nearby. A water canal was there near the temple but it was stagnant water though.

After immersing I was washing my hands and legs, I saw a lady standing in front of the canal. She had something in her hand and was watching the people immersing the rice on banana leaf. She was standing there as if in doubt of something. While I was walking away, her husband came out of the car and he called me and asked me how to immerse the banana leaf he was in his hand. When I checked his leaf, I found sandal paste in it .The couple  seems not to belong in Kerala since they didn’t knew malayalam. I explained to him that he needed not put the sandalwood to the water and the couple went back to their car. 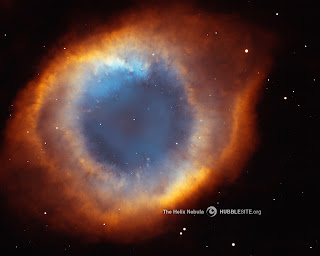 I took the breakfast after the shradham and then drove back to home.I stopped at Karunagapally to take lunch at a hotel called ‘PUTTUKADA’ and learned that at noon they don’t serve PUTTU. After lunch, I drove back to home. After driving 246 kilometers on Astar,I was tired.I went to bed to compensate the loss of sleeping hours of the previous day.But the unusual sleep during the morning hours drained my energy when I woke up.

His death was an important event in my life. After his death, life was completely different. It is very sad that old times won’t come back.

I feel very sad on myself. I was a bad example of a son. Unlike other people, I didn’t give my father any material benefits of life like money, clothes. In mid 2007,I was really broke financially ,emotionally and in my career. After 16th July 2006 I think I was having bad days for more than two years. My work was all affected by father’s illness. My earnings were never sufficient for his treatments. During those days, all of my money were poured in for his treatment, yet nothing was possible with that amount.After his death I feel myself guilty of not being able to provide more assistance in terms of money for his medical needs. My work was also hampered due to the frequent hospital visits and directly affecting my earnings.

Despair, gloominess and negativity was my companion during 2007 – 2008.Positivite thinking and self confidence was keeping me alive during that period. The society as a whole did nothing to keep me alive. Out of the 200 people I met during those days, about 95 of them insulted me in face looking to my eyes for being and living different from rest of the beings (normal and practical men as they are called in this world).I still thank the remaining five persons out of the 200 for whom I owe my life. They didn’t gave me penny but they gave me reassuring words that could help me get back to my tracks, do actions are bring results.

After my sorrowful days, I am learning to enjoy the bad days as a gift of god for me to emerge out of it stronger. But you know like all other human beings I am an imperfect creation of god. I am praying to god to keep me stronger to face the challenges in life and to learn from my mistakes.

Now I don’t care about what others say about me. I do not exist in this world to collect good certificates, medal of honors from the people around me. I just want the medal and certificates that are printed at my Lord's printing press and want them to delivered directly from GOD!
Life and Living it
Location: Nooranad, Kerala, India