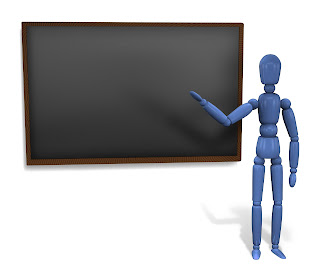 If you are asking me about the best teacher i have met, it will make me think.There are lot of teachers who have taught me over the years different subjects and knowledge.Among them i respect and remember some and i forgot and ignored some.
Unknown Kindergarten Teacher
I don't know her name.She taught me when i was in LKG and UKG.I remember the classes i
studied during the couple of years.I remember about the nap i had in the afternoons.Now i had
learning disability problem during those years.I remember clearly me trying hard to write the letter B.I was four years old then.It was not a crime for a four year old for not knowing english alphabets and numbers.My mom had a chat with the teacher.My mom asked the teacher to drop me back to UKG while my friends would be going to the other block in the school (Class I).This teacher replied negative and she told my mom that there is nothing wrong with my brain and she can give special attention.Today i am grateful to that teacher.I know her face but not her name.
Another Teacher in Primary School
She promised us chocolates for remembering multiplication table.Those who told her
multiplication table were given chocolates.I can't figure out whether i was in the third standard or fourth standard.
Rude Teachers in Primary School
One teacher took my toy gun which i bought from school and was playing in the lunch intervel.I
waited the whole year for the gun to be returned.It didn't happen.The teachers name was Kamla.Some teachers were very rude in behaviour.
HIGH SCHOOL RUDE TEACHER
Mathew or Varghese (dont remember)
Extremely rude person who was the physical education teacher in school.He always treated me
like i am a second class citizen in the country where he was the ruler.This person was well built,
retired from armed force and had grey mustache.He was in his seventies.Once i was asked to
carry the flag in a march past of my school house, this man barged in to the scene and said,
"ആരാ ഈ കെഴങ്ങനെ മാര്‍ച്ച്‌ പസ്ടിന്റെ മുന്നില്‍ പിടിച്ചു നിര്‍ത്തിയത് ?"
Translation
"Who allowed this couch potato to stand in front of the march past?".
This PT sir as we call him once came to our class on a free hour.He was teaching us about codes
used in wireless messages in army.A good thing to teach class X students.Here is what i remember from it...
Pappa ---means alphabet P
Alpha ----means alphabet A
The irony was that that when he was leaving the school, i was asked to give vote of thanks in the
school assembly.And i did that and i meant exactly opposite to what i said on mike.
Friendly Teachers in School
Daniel Sir
He taught us maths.His classes were very interesting.It is because of him i like the subject
itself.He was a talented teacher.He was a good singer also.He left our school and in Class XIII i
joined his tution classes.He asked us to write about the story of Coal.That shows his ability as a
teacher.I give him 9.8 out of 10 points.
Varghese Sir
He was a poet.He taught us malayalam.He once told me that short sighted people often as far
sighted once.This used to bring confidence in me.
There were many friendly teachers like Sreekumar Sir, Beena Miss, Reshmi Miss,Biju Sir, John
Sir, Prabha Sir etc.
Teachers at University and College
ALL WERE WASTE.HAVE NO REGARDS FOR ANY OF THEM..NO ONE WERE DOWN TO
EARTH..ALL OF THEM WERE BEHAVING AS IF THEY WERE RULERS OF THE WORLD.......
Most irritating persons
Hari
Taught Electronic Circuits at College of Engineering, Karnuagapally..Came as external examiner at my rest of engineering at College of Engineering, Adoor.He insulted me in my lab exam and cost me that exam.....I failed that lab exam not due to my ignorance of the subject but only due to his arrogance.
Unknown Arrogant Fellow
One person from Chengannur Engineering College-----Bald person, forgot his name (a christian
name).....He was an irritating person all the time.Came at lab external exams as examiner.He has got behavioral problems...He did my course viva,,Found happiness in insulting me.............
If he is reading this page, there is a message to you.
.............FUCK YOU..........................
Now if i am going to meet you in person, i shall deliver the message directly.Now that i have the degree certificates.
Exception and Good hearted Persons
Biju Sir
Lab Assistant during that period at Adoor Engineering College.He got a good heart.He behaved well with the students.
I am thankful to all these irritating guys because the pain they caused helped me to look more in to myself and discover the power i have.May be god designed all these to bring the better out of
me.
Life and Living it

Appu said…
something to add.......the bald one from chengannoor college in fact didn;t teach me any subject......he was the external examiner at more than one instance.
January 27, 2010 at 5:32 PM