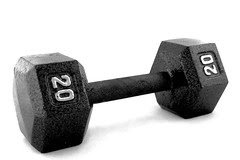 At last i have made a decision.It was a painful one.To join a gym and shed pounds under the instruction of a trainer.I have never worked hard to shed kilos in the past.My father admitted me to a karate school when i was in my third class.It was so boring and exercises were hard.On exams i was failing and at 9 years i got yellow, green and blue belt.Funny because they pass you after couple of failures and in the part where fighting occurs, the elders forgive the tiny kid.Parents who admit their kids when they are tiny tots shouldn't do it unless your son is so genuinely interested and talented in the sport.In my case i had no relationship with sports and physical activity.I hated the physical education teacher and his period at school.I was more cared about the dirt that sticks on my clothes doing outside PT at school.
I didn't like to play Basket ball and failed miserably in throwing a short put,And the arrogant PT teacher who never knew to respect a human being.He found it fun at insulting me at whatever ocassions he can.
Again i joined Kungfu at Class X when a master used to teach a group on weekends at school.That was my own initiative and so it was interesting.But he stopped the class after
some weeks.So i couldn't progress in it.
I started to gain weight after 20 years.5 years later i am now trying to lose that which is a difficult task.Now i got 86 kilos.Let's see how much i can shed.I joined gym one week before.Shall keep you get updated about this project through this blog.
And the title belongs to the old headmaster of the school where i studied till Class 4.He used to address the school assembly preaching the proverb,"When wealth is lost, nothing is lost.When health is lost some thing is lost.When charactor is lost, everything is lost".I remember hearing his take on the First Gulf War through the assembly.I was a small kid when Iraq invaded Kuwait and this headmaster told us about the war.
Life and Living it