Be Truthful to Your Partner 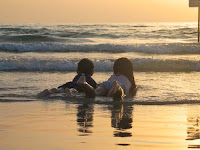 Arun and Anita are two best friends studying in the same class.Arun showed Anita some marble pieces and Anita asked for it.Arun gladly gave it.In return Anita gave Arun the chocolate box her father had gifted her on her birthday.Anita was very glad.